Wildes & Weinberg, P.C., Managing Partner Michael Wildes, a Former Federal Prosecutor and the current mayor of Englewood, New Jersey, is a featured speaker at the National Council of Jewish Woman-Peninsula Section gathering at the Hewlett-East Rockaway Jewish Centre.  The Panel was entitled “Give Me Your Tired, Your Poor … Immigration in Crisis”.  November 2019. 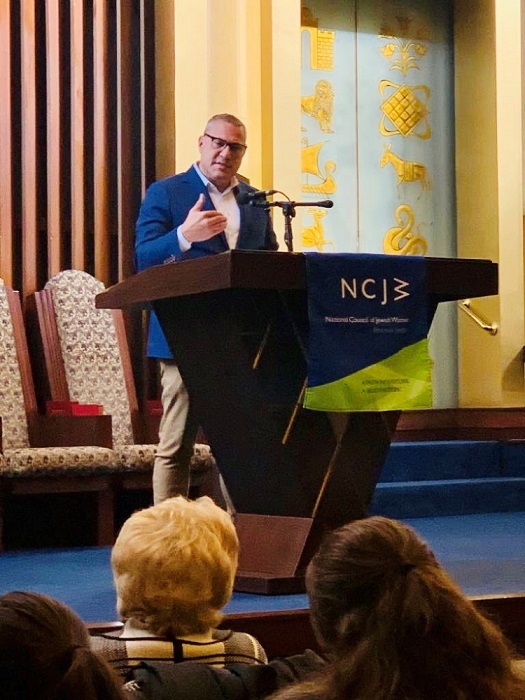 To learn more about the program follow this link: http://www.liherald.com/fivetowns/stories/ncjw-to-discuss-immigration-in-crisis-on-nov-14-at-hewlett-east-rockaway-jewish-centre,119753

Wildes & Weinberg,  is a boutique law firm specializing exclusively in the practice of U.S. immigration and nationality law and was founded in 1960 by Senior Partner Leon Wildes, whose best-known accomplishment was his successful representation of John Lennon in his widely publicized deportation proceedings, the circumstances of which have inspired several films, books, and documentaries.

Today, the firm, which has offices in New York City, Englewood, New Jersey,  Miami, Florida, and by appointment in Los Angeles, California, services a distinguished domestic and international clientele and covers all areas of U.S. immigration law, including employment and investment-based immigration, work permits, permanent residence for qualified individuals, family-based immigration, asylum applications and all temporary and permanent type visas.

Michael, the author of Safe Haven in America: Battles to Open the Golden Door, is currently serving his third term as Mayor of Englewood, New Jersey, was appointed to the District Appeals Board of the Selective Service System for the State of New Jersey, was a member of the New Jersey Governor’s Blue Panel on Immigration, and has been a guest lecturer at many distinguished forums and institutions including Yale University, New York University, Brooklyn Law School, and The Benjamin N. Cardozo School of Law, where he is an Adjunct Professor of Business Immigration Law.