perm – it’s more than a hairstyle! 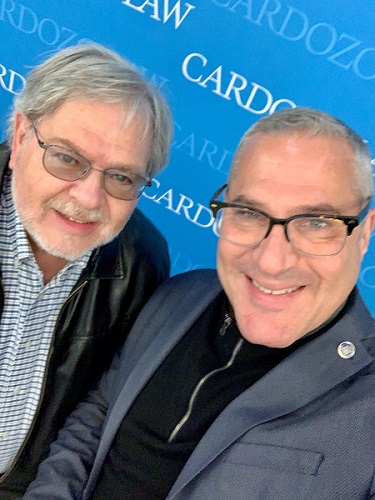 Michael Wildes is completing his 9th year as an Adjunct Professor of Business Immigration Law at The Benjamin N. Cardozo School of Law in New York City (Michael’s alma mater), a position his father held for nearly 30 years prior. Michael asked David Lazaar, the firm’s long-time paralegal and PERM expert, to assist with explaining how a permanent labor certification application is processed. This type of application requires approval of the Department of Labor (DOL) and, if granted, allows an employer to hire a foreign national to work permanently in the United States.

Michael enjoys being on the lecture circuit and has provided workshops on U.S. Immigration Law to universities, corporations, non-profit and social organizations, other law firms, immigration municipalities, and to the public at large for many years. As a service to the community, his lectures are free of charge and intended to raise awareness of our countries immigration laws and how to remain in compliance.  Michael has previously presented seminars at such noteworthy institutions as Yale University, The New School, Pace University, New York University, Yeshiva University, and Berkeley College.

In addition to running a highly successful immigration law practice, Michael is a three-term mayor in Englewood, New Jersey, the author of Safe Haven in America: Battles to Open the Golden Door, which draws on over a quarter of a century of his practice in the immigration field, an Adjunct Professor at the Benjamin N. Cardozo School of Law in New York, and serves as Counsel to Lincoln Center and several international/corporate law firms. Moreover, Michael is internationally renowned for his successful representation of distinguished individuals and corporate clients such as performing artists, directors, writers, models, actors/actresses, athletes, race car drivers, fine artists, art dealers, curators, musicians, photographers, stylists, and literary agents. Some of the firm’s other distinguished clients include scholar Rabbi Lord Jonathan Sacks, as well as soccer icon Pele, Master Chef Jean-Georges and First Lady Melania Trump and her family.