podcast on child refugee and mediation

Managing Partner Michael Wildes is interviewed for a podcast episode on Childhood, Vulnerability, and Mediation: A Successful Combination? Resolutions: A Podcast About Dispute Resolution and Prevention.  The podcast is hosted by Juliana Rigato-Piekarski, in conjunction with the ABA – The American Bar Association. When the episode is launched, it is available on Spotify, Apple Podcasts, iTunes, and SoundCloud and content marketing for this episode will be shared on Facebook, Twitter, and Linkedln.

In addition, the podcast can be found here: 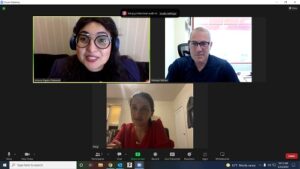