safe haven for yemeni family who survived barrage of bullets

MANAGING PARTNER MICHAEL WILDES IS PLEASED TO ANNOUNCE THAT THE FIRM HAS SECURED U.S. PASSPORTS AND CERTIFICATES OF BIRTH ABROAD AS WELL AS PERMANENT RESIDENCE  FOR A YEMENI FAMILY WHO WAS FORCED TO LEAVE THEIR HOME AT THE OUTBREAK OF THE CIVIL WAR IN MARCH 2015.

Through hard work and determination, Wildes & Weinberg  was able to secure U.S. Passports and Certificates of Birth Abroad for two children based on derivative citizenship through their father and U.S. permanent residence status for his spouse, Noora Omar, based on her marriage to Adonis Fakhri, a United States citizen.

The Fakhri family were residing in Yemen awaiting their immigrant visa process to be completed but were forced to flee their home in Aden (the southern part of Yemen) upon the outbreak of the civil war once bullet fragments pierced their apartment window in their apartment building nearly striking Noora Omar, who was four months pregnant with her second child at the time.  The family soon after evacuated to Cairo, Egypt following this horrific incident and the staff of Wildes & Weinberg was instrumental in having their file transferred to the United States Consulate in Cairo where they continued the processing of their Immigrant Visa Applications, undertook their interviews and ultimately received approval.

Unfortunately,  Mr. Abdulrahman Fakhri, the family patriarch, a well-known Yemeni poet and literary critic, who was also sponsored by his son Adonis with the rest of the family and who did immigrate to the United States on August 4, 2016, passed away on August 21, 2016, just two weeks after his immigration to the United States.  The death of Mr. Abdulrahman Fakhri was a major personal loss for the Fakhri family as well as for Yemen, whose death was publicly acknowledged by the country’s Prime Minister and who noted his profound contributions to the Arab world’s literary landscape from his pioneering modern Arabic poetry.

Mr. Abdulrahman Fakhri, who was born in Aden,  studied political science and received his degree at the American University of Beirut, served as Deputy Minister at the Yemeni Ministry of Justice, and later  Adviser at the Yemeni Ministry of Culture & Guidance as well as Secretary-General of the Yemeni Writers Union, prior to taking up a position at the United Nations Secretariat in New York from 1978 to 1996.  In 1997, when he retired from the United Nations Mr. Fakhri returned to live in Aden, Yemen.

Mr. Fakhri ‘s first volume of poetry Etchings on the Stone of the Age was published in 1978 and his first book, Words and Other Words, was published in 1983. His poems have been translated into English and can be found  in Salma Khadra Jayyusi’s 1988 anthology of modern Arabian literature.  He is also known for  “Out of These Songs Brought Sadness to Asfahani” published in 2000 and “From the Basket of the Butterfly“,  which was released in 2007.

More than fifty six years since its inception, the firm continues to serve a distinguished domestic and international clientele and covers all areas of U.S. immigration law, including employment and investment-based immigration, work permits, permanent residence for qualified individuals, family-based immigration, asylum applications, all temporary and permanent type visas, and US citizenship. 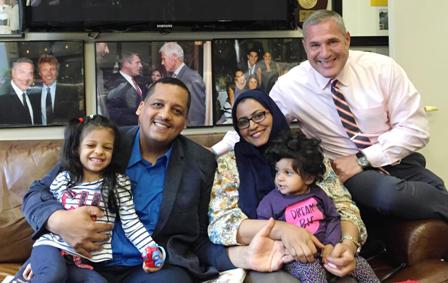 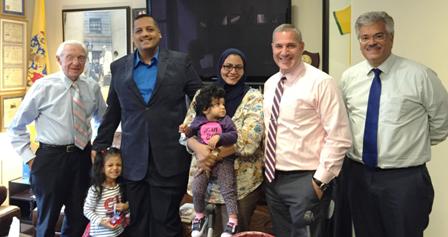 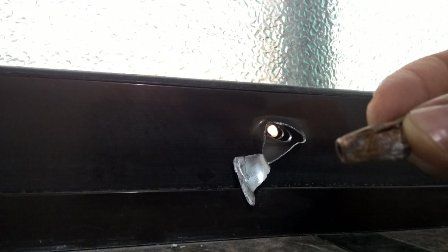 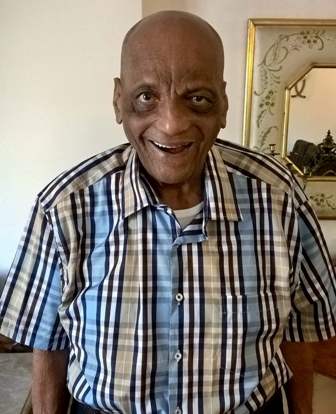 Pictured here: Photograph 4: Abdulrahman Fakhri (one month prior to his death) 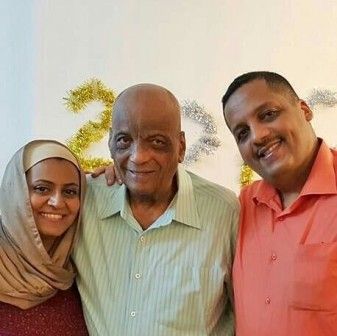