the wildes family is interviewed by gurvey’s law

“Celebrate Father’s Day with three generations of the Wildes’, a family rich in character and brilliant in law. Celebrity immigration attorney and the mayor of Englewood, New Jersey, Michael Wildes, shares the mic with this father the legendary Leon Wildes, who represented John Lennon in one of the most famous precedential immigration cases in U.S. history. Amy Wildes, Michael’s wife and also an immigration attorney extraordinaire with Wildes & Weinberg Immigration Law Offices, will join in the banter, as will Michael and Amy’s children, Raquel and Josh, who both just graduated from their parents’ and grandfather’s alma mater, the Benjamin N. Cardozo School of Law, where Sir Paul McCartney gave Leon Wildes a shout out during his graduation address. Together the family will talk about their commitment to giving back in the community, why they became lawyers, and how the elders inspired the children’s life choices, both professionally and personally. Don’t miss this heartwarming and inspiring episode of Gurvey’s Law on Father’s Day, this Sunday June 16th at 5 pm on KABC Talkradio and streaming live at www.kabc.com !”

Listen to the radio show: 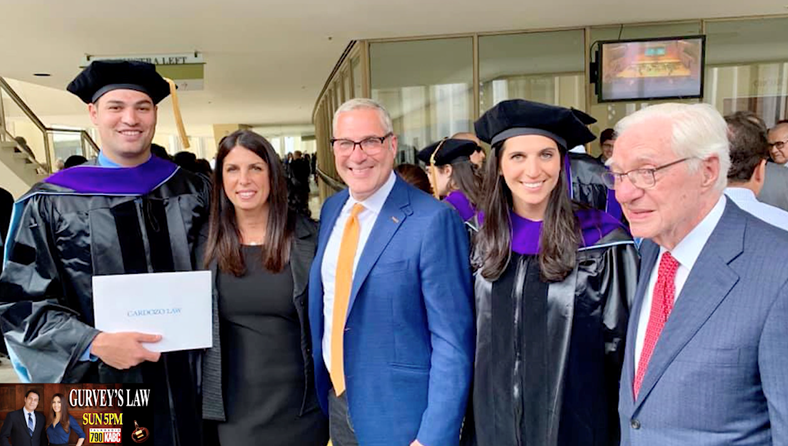