titan of industry: michael wildes and the venerable ratan tata

Managing Partner Michael Wildes, and his wife are pictured with Ratan Tata in Englewood, NJ, where Michael is currently serving his third term as mayor of the city, at the grand open/ribbon cutting celebration of Jaguar Land Rover Englewood, NJ.

Tata is a well-known international businessman, investor and philanthropist who hails from India. He is also known for his head role in Tata Sons and the Tata Group, an Indian multinational conglomerate which acquired known brands such as Tetley, Land Rover, and Jaguar. 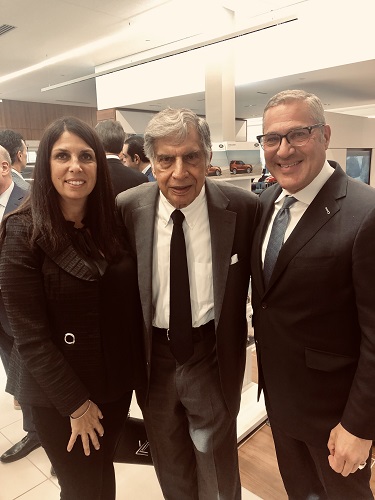