Managing Partner Michael Wildes, also the Mayor of Englewood, New Jersey, is pictured below with U.S. Congressman Donald Payne, Jr., who has represented New Jersey’s 10th congressional district since 2012, at the 2020 Safety & Security Summit.  The community-wide event was sponsored by the Jewish Federation of Northern New Jersey and was held on January 12, 2020 at the Bergen County Academies in Hackensack, New Jersey. The goal of the afternoon was to assure community members that there is no place for Anti-Semitism and hate violence in our State and nationwide. Guest speakers included U.S. Senator Bob Menendez, U.S. Congressman Bill Pascrell, U.S. Congressman Albio Sires, Attorney General Burbir Grewal, as well as other federal and local elected officials. 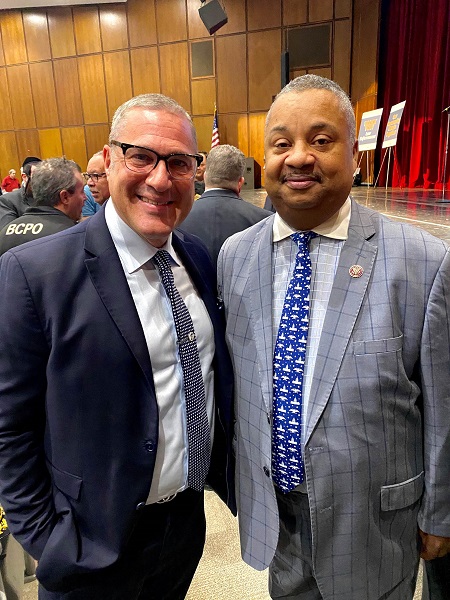