Wildes & Weinberg, P.C. Senior Partner Leon Wildes and Managing Partner Michael Wildes enjoy lunch with Raymond Passero, winner of The Immigration Package that was auctioned off at the WhyHunger event in January, 2014. 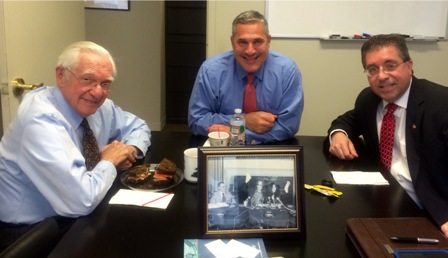 WhyHunger (www.whyhunger.org) is a non-profit organization working to end hunger and poverty by connecting people to nutritious, affordable food and by supporting grassroots solutions that inspire self-reliance and community empowerment.
On both a domestic and international level, the number of people experiencing food insecurity, meaning that they go without food and/ or need to rely from time to time on emergency sources, or that face hunger on a daily basis as a result of living at or below the poverty line is increasing exponentially. Research shows that people who do not consume the minimum amount of calories needed for sound health and growth also experience higher levels of chronic illness, anxiety, and depression.
This past January, Raymond Passero was the lucky winner of the Immigration Package which included a one-hour consultation with Leon and Michael Wildes, who is also a Board Member of WhyHunger, as well as an iconic photo of John Lennon after he was granted permission to stay in New York. The photo was signed by Leon who successfully represented former Beatle John Lennon and his wife Yoko Ono, in their widely publicized deportation proceedings, the circumstances of which have inspired several films, documentaries, and a multitude of written works.  The photograph was taken by acclaimed photographer Bob Gruen, also a client of Wildes & Weinberg. 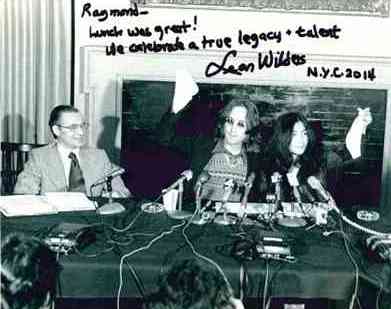 This donation item is just another example of the firm’s commitment to community service and social action.