Each year, council members meet and present to the University a pro bono project. For 2017, Michael Wildes was joined by Senior Associate Stacey Simon and a team of interns to present information on Curricular Practical Training (CPT) and off-campus work authorization. The event was held at The Center for Jewish History which is a collaborative home for five partner organizations, including the Yeshiva University Museum.

In addition to serving as the firm’s Managing Partner, Michael is also an Adjunct Professor of Business Immigration Law at the Benjamin N. Cardozo School of Law, which is associated with Yeshiva University.

According to Michael, “it is a privilege to assist Yeshiva University with their immigration needs.” 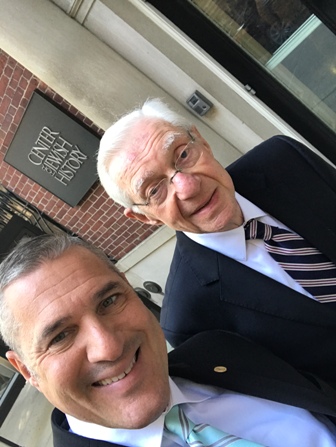 Michael enjoys being on the lecture circuit and has provided workshops on U.S. Immigration Law to universities, corporations, non-profit and social organizations, other law firms, municipalities, and to the public at large for many years.  As a service to the community, his lectures are free of charge and intended to increase public understanding of immigration laws and how to remain in compliance.  Michael has  previously presented lectures at such noteworthy institutions as Yale University, Pace University, New York University, Berkeley College, and organizations such as the American Immigration Lawyers Association, Realtors, and other Foundations.

Moreover, Michael  is a frequent participant on professional panels and commentator on network television and radio with regard to immigration law.