Managing Partner Michael Wildes, also the Mayor of Englewood, New Jersey, is pictured with Brooklyn Borough President and New York City Mayoral Candidate , Eric Adams, at the Seventh Annual Black History Month Celebration – “Empowering Future Generations Through the Legacy of an Icon”. The event, which was held at The Paley Center for Media was sponsored by The American Israel Public Affairs Committee (AIPAC), paid tribute to Rep. Elijah Cummings (1951-2019) and his youth leadership program that takes students to Israel and prepares them as future leaders.  The honorable Adams spoke of the importance of recognizing that all persons are part of the same race, The Human Race, and that we must work tirelessly with our neighbors to provide a safe and stigma free world for all. 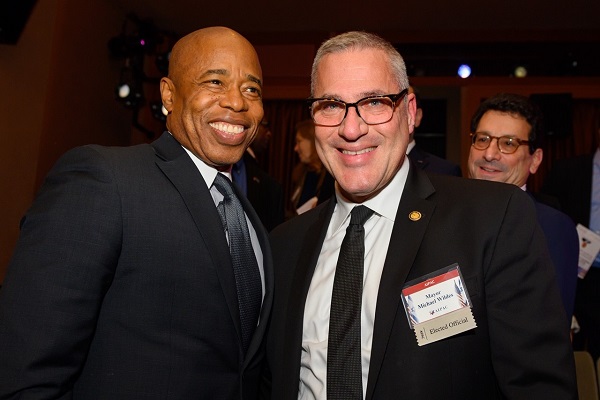