Today, in an historic move, the Supreme Court blocked the Trump administration’s attempt to end the popular Deferred Action for Childhood Arrivals program. Better known as “DACA,” the program was introduced by under the Obama administration in 2012 to protect undocumented immigrants who arrived in the US as children from deportation. The program was rescinded by the Trump administration in 2017, jeopardizing the lives and well-being of hundreds of thousands of young people for whom America has been their only true home. 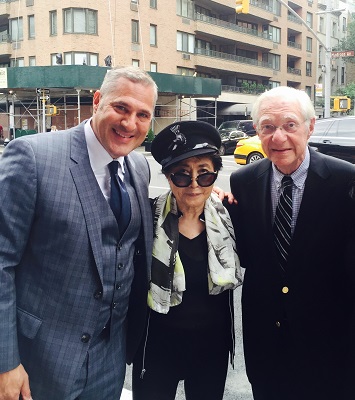 The decision is particularly meaningful for Wildes & Weinberg. Not only has our firm had the privilege to work some of these incredibly inspiring young people, but DACA itself is based on pioneering legal work undertaken by founding partner Leon Wildes during his deportation defense of famed musician John Lennon in 1972. Mr. Wildes is credited with discovering the existence of “prosecutorial discretion” in immigration matters, a concept that posits that officials can choose to defer deportation in certain cases for humanitarian or political reasons. A major challenge, however, was that there was no evidence that prosecutorial discretion in deportation matters even existed beyond rumor. Mr. Wildes persevered, ultimately discovering the existence of the policy through a Freedom of Information Act (“FOIA”) request. 40 years later, the Obama administration would use the existence of prosecutorial discretion to create DACA.  President Obama announced that with the program, “eligible individuals who do not present a risk to national security or public safety will be able to request temporary relief from deportation proceedings and apply for work authorization.”

Today, the concept of prosecutorial discretion in immigration matters is taught in law schools across the country, including in classes taught by Mr. Wildes’ son Michael at Cardozo Law School. The policy is now enshrined by precedent, as established by the Court’s holding today. Wildes & Weinberg is proud to have been involved in the fight to ensure the safety, well-being, and continued presence of so many young people and their families. We are dedicated to showing these dreamers that they have a place in America – and that they are truly not alone.