immigration lawyer michael wildes on the situation in ukraine

Managing Partner Michael Wildes, also Mayor of Englewood, New Jersey, speaks with clients and new friends on the situation in the Ukraine and the need to help refugees and those who remain abroad. 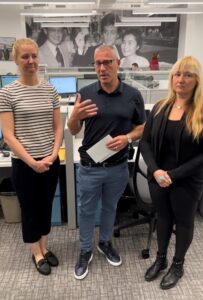