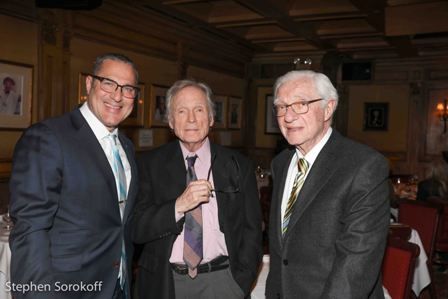 Since its founding in 1960, Wildes & Weinberg has concentrated its practice in all aspects of U.S. immigration and nationality law, servicing the immigration requirements of individuals and prominent American and International organizations, banks, industrial, financial and manufacturing concerns, as well as law firms in connection with the personnel needs of their foreign national employees.  The firm has a distinguished clientele and has done substantial immigration work for performing artists, directors, writers, models, actors/actresses, athletes, fine artists, art dealers, curators, and literary agents.

Today, the firm maintains offices in New York City, New York, Englewood, New Jersey, and Miami, Florida, and continues to maintain its stellar reputation in the field of U.S. Immigration & Nationality Law.  This reputation stems in due part  to Mr. Leon Wildes successful representation of former Beatle John Lennon in his widely publicized deportation proceedings, the circumstances of which have inspired several films, documentaries, and legal precedent.

Leon Wildes’ new book John Lennon vs. The USA  tells the story behind his four year representation of John Lennon and Yoko Ono and their struggle to remain in the United States, despite the concerted attempts of the Nixon Administration to deport them.

The Senior Wildes shared his excitement about his book with Dick Cavett, who interviewed Lennon and Ono during the pendency of the case.

Since the books launch in August 2016, nearly 5000 copies have been purchased, Leon and his son, Michael Wildes, the Managing Partner of the firm, who also wrote the foreword to the book,  have appeared on dozens of TV and radios shows including Good Day NY,  The Michael Stolar Show, The Lawrence O’Donnell Show, and more than 1000 people have attended a “Conversation with Leon Wildes”, at noteworthy institutions such as The Benjamin N. Cardozo School of Law, Congregation Kehilat Jeshurun, and The Lower East Side Tenement Museum.  The book has been reviewed and discussed by Rolling Stone, Billboard Magazine, The NY Post, and many other impressive periodicals

In addition to serving as the firm’s Managing Partner, Michael, who is a former Federal Prosecutor with the United States Attorney’s Office in Brooklyn (1989-1993) and Mayor, is frequently a legal commentator/analyst for network television and is an Adjunct Professor of Business Immigration Law at the Benjamin N. Cardozo School of Law in New York. Michael enjoys coming to work each day and continuing the illustrious legacy of his father.

For more information on the Lennon case, please click here.