Congratulations to Founding Partner Leon Wildes and Managing Partner Michael Wildes, who were both included among some of the most illustrious area attorneys in the 2017 Super Lawyers Magazine.  Super Lawyers evaluates candidates based on 12 indicators of peer recognition and professional achievement. 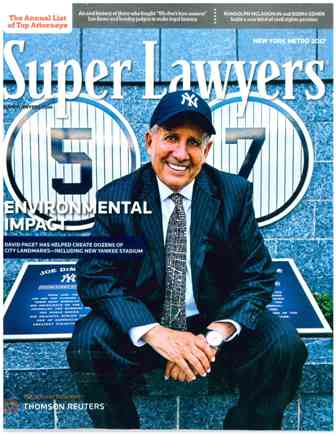 In 1970 he was National President of the American Immigration Lawyers Association (AILA) and has served as a member of its board of governors ever since. AILA conferred upon him its Edith Lowenstein Award for Outstanding Contributions to the Field of Immigration Practice and he was also awarded the Elmer Fried Prize for Excellence in Teaching Immigration Law. Best known for his successful representation of former Beatle John Lennon and his artist wife Yoko Ono in deportation proceedings, he has published 5 law review articles on issues of law raised in the extraordinary litigation connected with that case. Moreover, in August 2016, Leon Wildes’ book John Lennon vs. The USA was published by Ankerwycke Books, an imprint of ABA Publishing, a division of the American Bar Association. It can be purchased on Amazon at: http://www.amazon.com/John-Lennon-vs-The-U-S-A/dp/1634254260

Michael J. Wildes, is the Managing Partner of Wildes and Weinberg P.C.  He splits his time between the firm’s four offices located  in New York City, Miami, Los Angeles, and Englewood, New Jersey. He serves as Counsel to Lincoln Center, and several international/corporate law firms. A former Federal Prosecutor with the United States Attorney’s Office in Brooklyn (1989-1993), he has testified on Capitol Hill in connection with anti-terrorism legislation and is internationally renowned for his successful representation of distinguished individuals and corporate clients. Having represented the United States government in immigration proceedings, Mr. Wildes is a frequent participant on professional panels and commentator on network television and radio with regard to corporate immigration law, employer sanction work and compliance. He is also an Adjunct Professor of Law at the Benjamin N. Cardozo School of Law in New York, where he teaches a professional externship as well as Business Immigration Law, and in his spare time, writes a monthly column on immigration for The Jewish Press.  From 2004 through 2010, Mr. Wildes was also the Mayor of Englewood, New Jersey.

For over more than half a century, the firm has concentrated its practice in all aspects of U.S. immigration and nationality law, servicing the immigration requirements of prominent American and International companies, banks, industrial, financial and manufacturing concerns, and law firms in connection with the personnel needs of their foreign national employees.  In addition, the firm has a distinguished clientele and has done substantial immigration work for performing artists, directors, writers, models, actors/actresses, athletes, fine artists, art dealers, curators, and literary agents. Most notable was Leon Wildes’ successful representation of former Beatle John Lennon and his artist wife, Yoko Ono in their deportation proceedings, the basis of which has inspired legislation, and has been portrayed in films, plays, and literary works worldwide.

For further information or to schedule a consultation, please contact Michael Wildes at michael@wildeslaw.com.