The John Lennon documentary LENNONYC was broadcast on PBS-Channel 13 on Monday, November 22 at 9 P.M., as part of their “American Masters” series.
Leon Wildes, who served as immigration attorney to both John Lennon and his wife Yoko Ono during their historic battle to remain in the United States permanently, participated in the making of this documentary and appears in it. 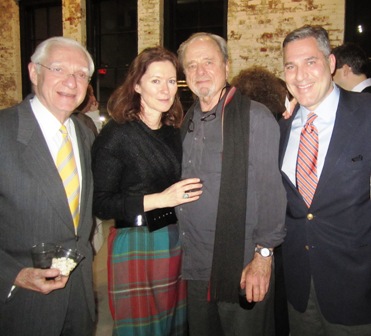 Father and Son (firm senior and managing partner) Leon and (former Englewood Mayor) Michael Wildes joined famed actor Harris Yulin and Jill Alexander at a pre-screening of LENNONYC. The PBS film documents John Lennon’s years in NYC.  It delves into the extraordinary efforts of Leon Wildes who fought the Nixon Administration for over 4 years finally winning John his Green Card…and the friendship they developed.

Earlier this year, Leon attended the New York screening of LENNONYC with Yoko Ono and other notables including Michael Moore.
For details on the broadcast, please visit http://www.thirteen.org/lennon/,