Fashion Mannuscript is a monthly magazine distributed throughout the country, with extensive photo coverage of top industry events, topical columns by experts in the community, and profiles of the people and companies that make the industry what it is.

The article looks at the latest developments in the Deferred Action for Childhood Arrivals (DACA) Program, October 2017. 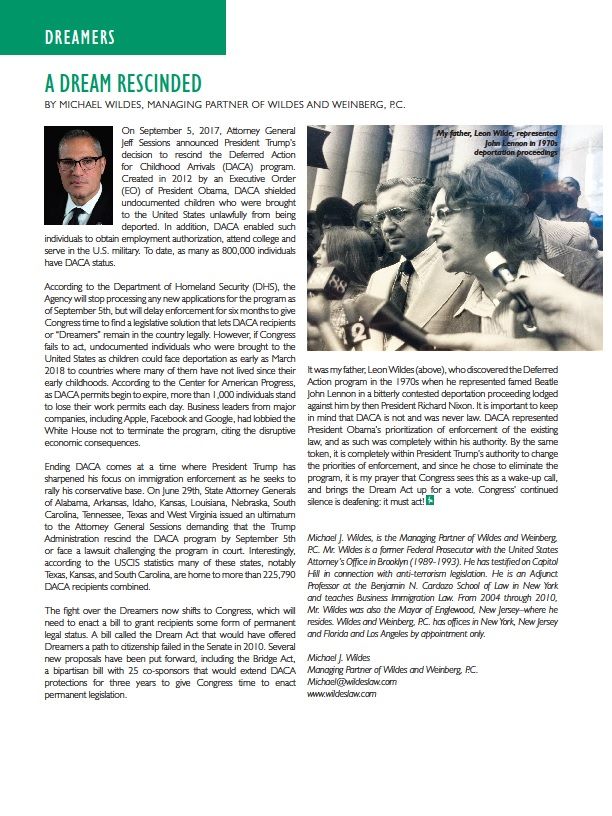