Managing Partner Michael Wildes is pleased to announce that Martin L. Rothstein, Esq. will be joining the firm as Senior Counsel.

The firm was founded in 1960 by Senior Partner Leon Wildes.  More than half a century later, the firm continues to concentrate its practice in all aspects of U.S. immigration and nationality law, servicing the immigration requirements of prominent American and International firms, banks, industrial, financial and manufacturing concerns, as well as law firms in connection with the personnel needs of their foreign national employees.  In addition, the firm has a distinguished clientele and has done substantial immigration work for performing artists, directors, writers, models, actors/actresses, athletes, fine artists, art dealers, curators, and literary agents. Most notable was Leon Wildes’ successful representation of former Beatle John Lennon and his artist wife, Yoko Ono in their deportation proceedings, the basis of which has inspired legislation, and has been portrayed in films, plays, and literary works worldwide. 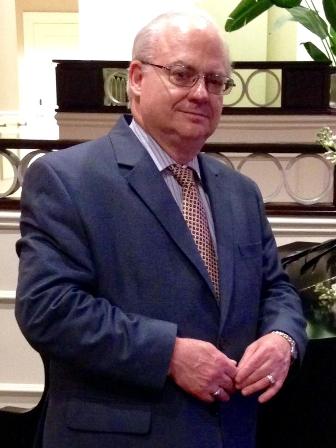 Martin Rothstein joins the firm as Senior Counsel and brings with him a wealth of professional knowledge.  Mr. Rothstein has earned degrees from the City College of New York (B.A. in 1965) and from New York University School of Law (J.D. in 1968).  Prior to joining Wildes & Weinberg he was a general attorney for the Federal Communications Commission, a trial attorney for the Civil Division of the U.S. Department of Justice, and a partner at Barst, Mukamal, and Kleiner, specializing in U.S. Immigration Law. Mr. Rothstein is admitted to practice in the U.S. Court of International Trade, the Second, Third, Fifth, Ninth, and Federal Circuits of the U.S. Courts of Appeals, the Eastern, Southern, and Northern New York Districts, the District of Columbia, District of the U.S. District Courts, and the U.S. Supreme Court.

A seasoned and prominent immigration lawyer, Mr. Rothstein has earned substantial recognition for his work and has been featured in the International Who’s Who of Business Lawyers, Best Lawyers in America, New York Super Lawyers, and “New York Area Best Lawyers” in New York Magazine in addition to being a proud recipient of Martindale Hubbell’s AV Preeminent rating indicating that the legal community ranks him at the highest levels of professional excellence.

Mr. Rothstein is a member of the American Immigration Lawyers Association (AILA) where he served as Chair of the New York Chapter and on its National Board of Governors, and the New York, American, and Federal Bar Associations. He has been a  faculty member at the AILA Annual Conference and a lecturer on AILA’s Immigration Law and Practice seminar as well as guest lecturer at numerous continuing legal education institutes and law schools.  Moreover, he is the co-author of “US Immigration Laws: Working, Living, and Studying in America” which has been translated into Japanese and Chinese.