Managing Partner Michael Wildes provided remarks on U.S. Immigration Law – The past year in review and what to expect in 2022 at the annual January meeting of the Fashion Service Network. 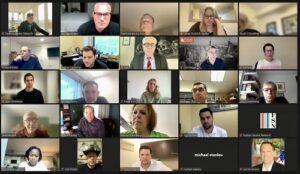 The Fashion Service Network, www.FashionServiceNetwork.com, is made up of a select group of service providers who are leaders in their own space and who deliver solutions and opportunities to the fashion industry. The goal of the network is to assist fashion companies seeking to expand, strengthen, and energize their business.

Some of the topics covered by Michael in his remarks included:

Michael Wildes, the firm’s Managing Partner, is also currently serving his third term as Mayor of Englewood, New Jersey,  is the author of Safe Haven in America: Battles to Open the Golden Door (which draws on over a quarter of a century of his practice in the immigration field),  is an Adjunct Professor at the Benjamin N. Cardozo School of Law in New York, and serves as Counsel to Lincoln Center and several international/corporate law firms.