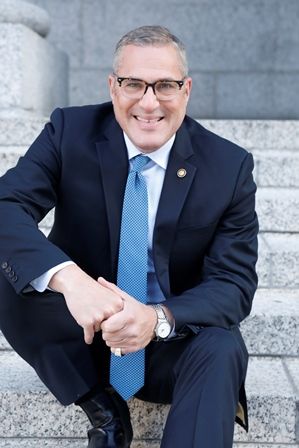 “I’m running for Mayor because Englewood is a city in crisis, and I can’t stand by and watch residents continue to be punished by yet another major tax increase and financial mismanagement,” said Wildes, who served as Mayor from 2004 to 2010. “We must return to an effective local government that works for residents, and I believe that the key missing ingredient is strong leadership at the top. I owe so much to the City of Englewood, more than I could ever repay, and I once again feel called to serve the community by working to put our government back on the right track.”

Michael Wildes is and will remain the Managing Partner of Wildes and Weinberg, one of the nation’s leading immigration law firms that helps clients legally enter the United States to seek liberty and opportunity. Prior to joining the firm, Wildes worked as a federal prosecutor and as an auxiliary police officer in New York City. Wildes has lived in Englewood for over 25 years and he and his wife Amy raised their four children in the city.

During Wildes’ time as Mayor, Englewood saw a period of unmatched progress and prosperity. Property taxes were stabilized, neighborhoods were made safer and the city’s downtown central business district thrived with numerous new businesses coming to Englewood. Much of that progress has been erased in recent years, as political infighting and weak financial management has led to a dwindling budget surplus and major tax increases on residents.

For any additional information please contact Philip Swibinski at 201-864-0600 or philip.swibinski@vmmi.net