michael wildes announces campaign kick-off for his re-election as mayor of englewood, nj

Managing Partner Michael Wildes recently announced that he has decided to once again seek political office and run for Mayor of the City of Englewood, NJ in the Democratic Primary election on June 5, 2018. Michael previously served two terms as a ward councilman and two terms as Mayor (1998-2010).

As with his previous political stint, Michael will  continue to remain Managing Partner of Wildes & Weinberg throughout the campaign and beyond, if elected Mayor, and in that capacity, he will continue to help people legally enter our country to seek liberty and opportunity. 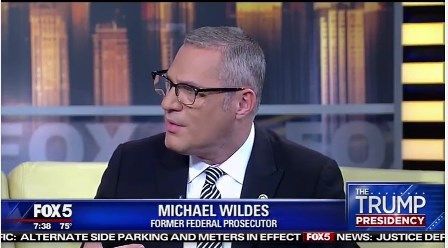 Moreover, Michael takes his civic and philanthropic responsibilities seriously.  He served for 10 years (1982-1992) with the NYPD as an Auxiliary Police Officer; nearly four years as a Federal Prosecutor (1989-1993); was a two-term City Council Member and two-term Mayor of Englewood, NJ (1998-2010); Chair of the American Jewish Congress’ Committee on International Terrorism; was a Member of the Board of Directors of Boys Town of Jerusalem; and just celebrated his 26th year as a certified EMT, and a Member of the Hatzolah Volunteer Ambulance Corps in New York.