michael wildes appears on cbs news on the ukraine 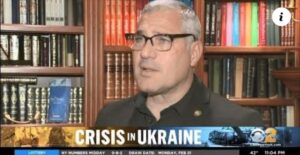