michael wildes appears on cnn on arrest of two refugees

The two men were arrested as a result of their alleged connection to terrorist organizations. Both men were in the United States in refugee status and are accused of lying to immigration officials  on their applications about their alleged ties to the terrorist organizations. The arrests come as some Americans worry that terrorists could enter the United States posing as refugees from war-torn nations. According to Michael Wildes, “This is an extraordinary snapshot of what we’re facing now — the challenge of vetting individuals and maintaining the beacon of hope that America has been for the world over.”

To view the article on CNN.com, please click here. 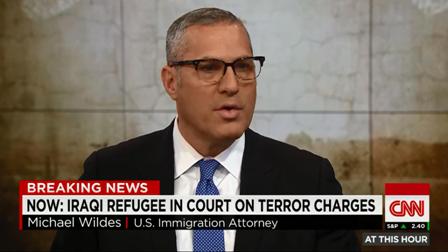 His firm, Wildes & Weinberg, P.C., was founded in 1960 by Senior Partner, Leon Wildes, Michael’s father, who is best known for his successful representation of former Beatle John Lennon in his deportation proceedings, the circumstances of which inspired legislation, documentaries, and books. As a niche firm, the multi-lingual staff of Wildes & Weinberg has experience in all areas of U.S. Immigration law including employment and investment-based immigration, work permits, permanent residence for qualified individuals, family-based immigration, asylum applications, all temporary and permanent type visas, naturalization, and Form I-9 compliance and has been servicing the immigration needs of prominent American and International corporations, banks, industrial, financial and manufacturing concerns, as well as law firms in connection with the their foreign national employees.  Despite difficulties currently being encountered in dealing with U.S. immigration authorities, the firm has maintained an extraordinary track record for success in its cases. 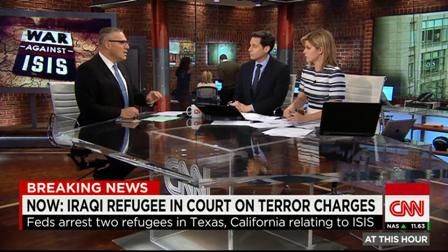 Please feel free to email Michael Wildes at Michael@wildeslaw.com  to schedule a consultation or for media inquiries.