Managing Partner Michael Wildes returned to Fox Business News as a featured guest on Varney & Company which airs weekdays 9 AM-12 PM/EST. Stuart Varney, host of the program,  is a British economic journalist who works for the Fox News Channel and the Fox Business Channel.

Michael was asked to discuss whether it was possible to place additional restrictions on travel to the U.S. given that under current U.S. immigration policy, an ISIS terrorist can potentially enter the U.S. legally as a student, as a skilled guest-worker, as a refugee, as an entrepreneur, or as a tourist. According to Mr. Varney, the  U.S. Census data shows that America welcomes about 100,000 Muslim immigrants legally each year and that this represents the fastest growing segment of immigrants.

Michael Wildes is considered an expert in the field of U.S. Immigration and Nationality Law, has testified on Capitol Hill in connection with anti-terrorism legislation, and is internationally recognized for his successful representation of many defectors who have provided difficult to obtain national security information to the U.S. In addition to rotating his time between his three offices, New York City, New York,  Englewood, New Jersey, and Miami, Florida, Michael is a regular participant on professional panels as well as a frequent commentator and legal analyst on network television and radio.

Prior to joining the firm, Michael was a former federal prosecutor with the Eastern District of New York. Moreover, he was twice elected as Mayor of the City of Englewood, and currently is an Adjunct Professor of Business Immigration Law at the Benjamin N. Cardozo School of Law.

For more information on Wildes & Weinberg or Michael Wildes, or to learn more about U.S. immigration generally, please contact Michael at michael@wildeslaw.com 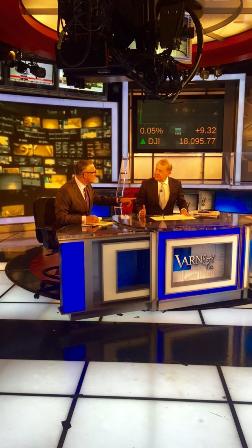