Recently, Sinead O’Connor took to social media to alert the masses to her medical condition in the hopes that this revelation would benefit others. In response to this, major media outlets are covering her news and she has been receiving an outpouring of support world wide.

According to Michael Wildes, “I spoke to Sinead. She wanted me to clarify with the media that she has been diagnosed with complex post traumatic stress disorder. Thankfully she is getting the professional support and love she needs. I am proud how she articulated what many know about mental illness being under treated and over stigmatized”. 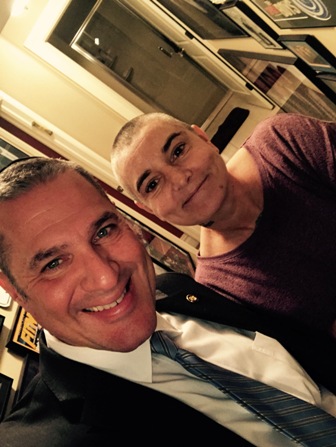 In addition to running a highly successful immigration law practice, Michael is also of counsel to Lincoln Center for the Performing Arts and two international/corporate law firms. A former Federal Prosecutor with the United States Attorney’s Office in Brooklyn (1989-1993), Michael has testified on Capitol Hill in connection with anti-terrorism legislation, and is a frequent participant on professional panels and commentator on network television and radio with regard to US immigration law, employer sanction work and compliance and is internationally renowned for his successful representation of distinguished individuals and corporate clients such as performing artists, directors, writers, models, actors/actresses, athletes, race car drivers, fine artists, art dealers, curators, musicians, and literary agents. Some of the firm’s recent clients also include famed artist Sarah Brightman, several Miss Universe winners as well as soccer icon Pele.