As a former federal prosecutor and mayor, second generation U.S. immigration lawyer and Professor of Business Immigration Law at the Benjamin N. Cardozo School of Law, Managing Partner Michael Wildes appeared on The O’Reilly Factor on July 15, 2014, to debate the topic of providing legal representation for illegal immigrant children with Heather MacDonald of the Manhattan Institute for Policy Research while Bill O’Reilly moderated.

Recently, the American Civil Liberties Union  and several immigrant groups on behalf of children, filed a  nationwide class-action lawsuit challenging the federal government’s alleged failure to provide  children with legal representation during deportation hearings against them. Some of these children, have been in the United States for numerous years; others only a short while. And while their journey to get to America may be varied, some are brought by family members while they are young, others are fleeing persecution, the ACLU and the other immigrant groups feel that regardless of their reason for being in court, these children deserve a fair hearing, one with representation to protect the best interests of the child.

To view the video of Michael’s appearance on The O’Reilly Factor, please click here.

Michael Wildes has appeared on The O’Reilly Factor more than a dozen times. He is considered an expert in the field of U.S. Immigration and Nationality Law, has testified on Capitol Hill in connection with anti-terrorism legislation, and is internationally recognized for his successful representation of many defectors who have provided difficult to obtain national security information to the U.S. In addition to rotating his time between his three offices, New York City, New York,  Englewood, New Jersey, and Miami, Florida, Michael Wildes is a regular participant on professional panels as well as a frequent commentator and legal analyst on network television and radio. 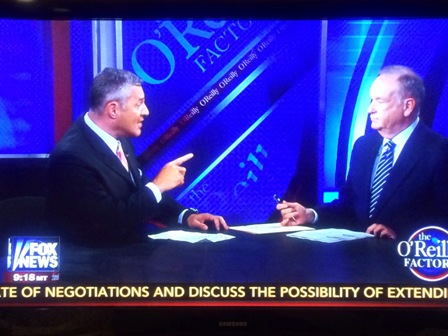 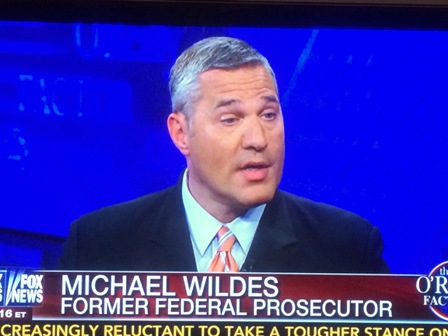 His firm, Wildes & Weinberg, P.C. was founded in 1960 by Senior Partner, Leon Wildes, Michael’s father, who is best known for his successful representation of former Beatle John Lennon in his deportation proceedings, the circumstances of which inspired legislation, documentaries, and books. As a niche firm, the multi-lingual staff of Wildes & Weinberg, has experience in all areas of U.S. Immigration law including:  employment and investment-based immigration, work permits, permanent residence for qualified individuals, family-based immigration, asylum applications, all temporary and permanent type visas, naturalization, and Form I-9 compliance and has been servicing the immigration needs of prominent American and International firms, banks, industrial, financial and manufacturing concerns and law firms in connection with the personnel needs of their foreign national employees. Despite difficulties currently being encountered in dealing with U.S. immigration authorities, the firm has maintained an extraordinary track record for success in its cases.