Michael appeared on Hannity to discuss President Obama’s November  20, 2014 announcement that he has come up with a plan of executive actions to help “fix” the broken U.S. immigration system.

The new programs include the following:

1. A new Deferred Action for Parental Accountability (DAPA) program will allow undocumented people who have a U.S. citizen or lawful permanent resident son or daughter to apply for work authorization and protection from deportation, if the person has been in the U.S. since January 1, 2010. It is estimated that over 4 million people qualify for this program.

2. The existing Deferred Action for Childhood Arrivals (DACA) program will be expanded and now will cover people who entered the U.S. before their sixteenth birthday and have lived continuously in the U.S. since January 1, 2010. People who were previously ineligible for DACA by being older than age 31 on June 15, 2012, are now eligible to apply, regardless of how old they are now. Approximately 300,000 people will be benefit from these changes.

The government expects that it will start accepting applications within three months from now for those eligible for expanded DACA, and within six months from now for those eligible for DAPA. If you believe you may be eligible for one of the initiatives, you can prepare by gathering documentation that establish your: Identity, Relationship to a U.S. citizen or lawful permanent resident; and Continuous residence in the United States over the last five years or more. 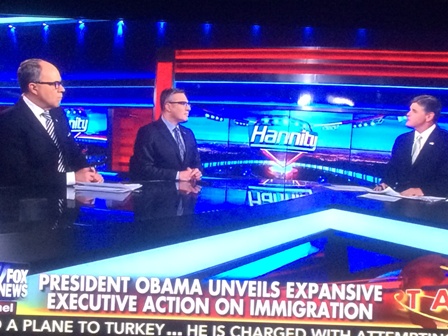 Prior to joining Wildes & Weinberg, P.C. the U.S. immigration and Nationality Law Firm established in 1960 by Michael’s father, Leon Wildes, Michael served as a Federal Prosecutor with the U.S. Attorney’s Office in Brooklyn, New York. In addition, in his free time, Michael has volunteered as an Auxiliary Police Officer with the NYPD, is a certified EMT, was elected into local politics in his hometown, Englewood, NJ, first serving two terms as City Councilperson and then as Mayor, and is currently an Adjunct Professor of Business Immigration Law at the Benjamin N. Cardozo School of Law in New York City. As a skilled professional, Michael is often asked to debate immigration topics or provide legal analysis on network television and radio.

Please feel free to email  Michael at michael@wildeslaw.com with any questions.