Managing Partner Michael Wildes is pleased to announce that a major hurdle was cleared toward helping celebrity stylist Tim Rogers obtain his green card.
“We are pleased that the government has accepted the designation of Tim Rogers as an “Alien of Extraordinary Ability,” said Michael Wildes, Managing Partner of Wildes and Weinberg. “This clears the way for Tim to obtain his Extraordinary Ability’ (EB-1) Green Card.”
The ‘Extraordinary Ability’ (EB-1) Green Card category is meant for foreign-born individuals who have reached the pinnacles of their fields.  Wildes’ firm had previously secured EB-1 Green cards for many prominent persons in their fields such as Craig David and Sarah Brightman.
“I want to thank Michael Wildes and the entire staff of Wildes and Weinberg for their tireless work on my behalf,” said Tim Rogers, Celebrity Hair Stylist. “I sought out Michael because he is the best in his field and he has proven so once again.”
“Tim Rogers has been the stylist to Carey Mulligan, Adele, Kate Hudson, Mary-Kate and Ashley Olsen, Blake Lively, Linda Evangalista, Kristen Wiig, Kate Moss, Lauren Santo Domingo, Joan Smalls, Rosario Dawson, Anna Kendrick, Lisa Kudrow, Nicole Scherzinger and Yoko Ono.  He is well sought after in his field and obviously a man of extraordinary ability.  We are happy and honored to be working on his behalf and are very confident he will be issued his green card soon,” concluded Wildes. 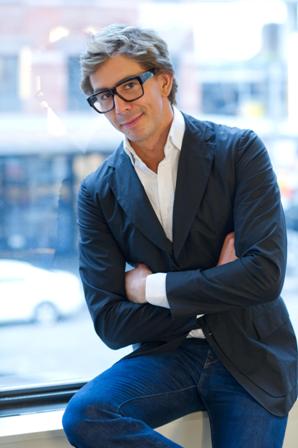