Michael Wildes is a Managing Partner with the leading immigration law firm of Wildes and Weinberg, P.C., with offices in New York City, Englewood, NJ,  Miami and Los Angeles. He serves as Counsel to Lincoln Center, and several international/corporate law firms. A former Federal Prosecutor with the United States Attorney’s Office in Brooklyn (1989-1993), he has testified on Capitol Hill in connection with anti-terrorism legislation and is internationally renowned for his successful representation of distinguished individuals and corporate clients. Having represented the United States government in immigration proceedings, Mr. Wildes is a frequent participant on professional panels and commentator on network television and radio with regard to corporate immigration law, employer sanction work and compliance. In addition, he is an Adjunct Professor of Law at the Benjamin N. Cardozo School of Law in New York City. Mr. Wildes also served two terms as the Mayor of Englewood, NJ and was a member of the New Jersey Governor’s Blue Ribbon Panel on Immigration. 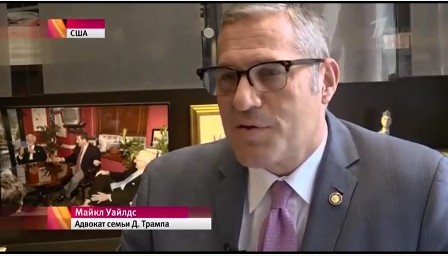 More than fifty six years since its inception the firm continues to serve a distinguished domestic and international clientele and covers all areas of U.S. immigration law, including employment and investment-based immigration, work permits, permanent residence for qualified individuals, family-based immigration, asylum applications and all temporary and permanent type visas. In addition, the firm is internationally renowned for its successful representation of distinguished individuals and corporate clients such as performing artists, directors, writers, models, actors/actresses, athletes, race car drivers, fine artists, art dealers, curators, musicians, literary agents, and Fortune 500 companies. In addition to the First Lady, some of his recent clients include famed artist Sarah Brightman, many of the former Miss Universes as well as soccer icon Pele; master Chef Jean-Georges and other talented artists.

For media inquiries or personal immigration questions, contact Managing Partner Michael Wildes at Michael@wildeslaw.com or call the main office at (212) 753-3468. 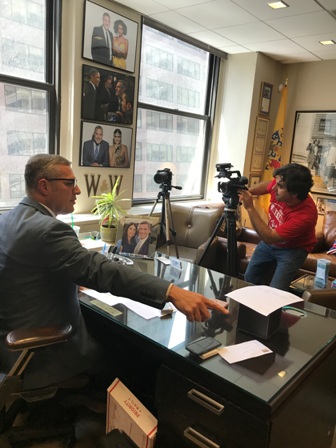