As a frequent participant on professional panels and commentator on network television and radio with regard to immigration law, Managing Partner Michael Wildes joined CNN Live to discuss the issue of immigration at the southern border as hundreds of protestors block buses of undocumented immigrants from entering a California processing station. 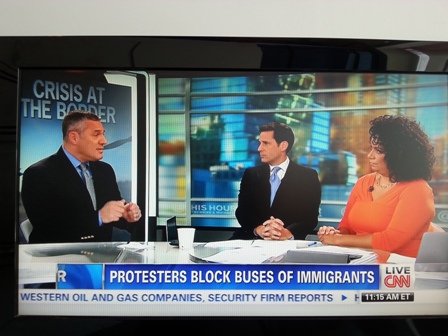 Established in 1960 by Michael’s father, Leon Wildes, whose best-known accomplishment was his successful representation of John Lennon in his widely publicized deportation proceedings, the circumstances of which have inspired several films and documentaries, Wildes & Weinberg, P.C. is a boutique law firm specializing exclusively in the practice of U.S. immigration and nationality law. More than fifty years since its inception the firm continues to serve a distinguished domestic and international clientele and covers all areas of U.S. immigration law, including employment and investment-based immigration, work permits, permanent residence for qualified individuals, family-based immigration, asylum applications and all temporary and permanent type visas. 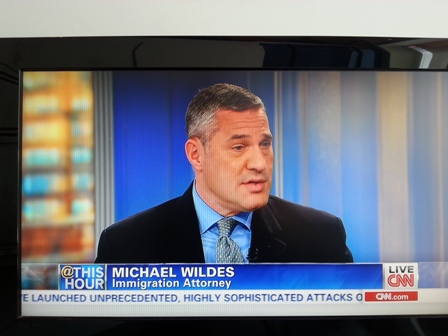 In addition to running a highly successful immigration law practice, and taking time out to offer his expert opinion on pressing immigration related legal issues, Michael serves as Counsel to Lincoln Center, the New York Cosmos and two international/corporate law firms. A former Federal Prosecutor with the United States Attorney’s Office in Brooklyn (1989-1993), he has testified on Capitol Hill in connection with anti-terrorism legislation and is internationally renowned for his successful representation of distinguished individuals and corporate clients such as performing artists, directors, writers, models, actors/actresses, athletes, race car drivers, fine artists, art dealers, curators, and literary agents. Some of the firm’s recent clients include famed artist Sarah Brightman, several Miss Universe winners as well as soccer icon Pele.