Despite his lack of culinary aptitude, Michael Wildes knows how to pick friends and clients whose lives revolve around food. The firm and he have represented celebrity chef Jean-Georges Vongerichten since the 1990’s and recently became acquainted with Restaurateur Giuseppe Cipriani. 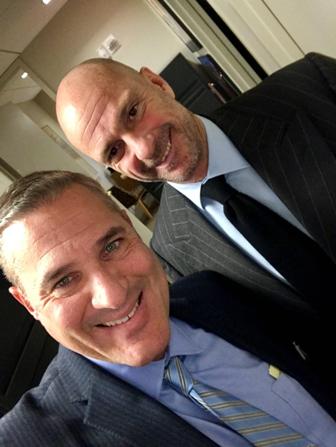 Wildes, whose firm was founded in 1960 by Senior Partner, Leon Wildes, handles all aspects of U.S. immigration and nationality law and services the immigration requirements of individuals as well as prominent American and International organizations, banks, industrial, financial and manufacturing concerns, and other law firms in connection with the personnel needs of their foreign national employees.

In addition, the firm has a distinguished clientele and has done substantial immigration work for performing artists, directors, writers, models, actors/actresses, athletes, fine artists, art dealers, curators, and literary agents. Most notable was Leon Wildes’ successful representation of former Beatle John Lennon and his artist wife, Yoko Ono in their deportation proceedings, the basis of which has inspired legislation, and has been portrayed in films, plays, and literary works worldwide.

Despite difficulties currently being encountered in dealing with U.S. immigration authorities, the firm has maintained an extraordinary track record for success in its cases.  In addition, Wildes & Weinberg’s multilingual staff is spread throughout its  offices in New York City, Englewood, New Jersey,  Miami, Florida,  and Los Angeles, California, and are known for their experience and special expertise in processing each foreign national’s case with nothing less than the highest level of professionalism.

For more information on Wildes & Weinberg, please contact Michael Wildes at michael@wildeslaw.com to schedule a consultation.