Today’s Supreme Court decision continues its recent trend of issuing judgment’s accommodating both sides.  Legally, the court has lifted the injunction against the travel ban, meaning that it is now back in effect.  However, the Court limited its reach to only bar those non-citizens who lack documentable ties to the United States.  From a practical perspective, very few of my clients will now be affected by the ban, given that the overwhelming majority of them possess either a U.S. family member or employer/school.  I remain concerned for the small percentage of my clients who lack such ties but possess strong humanitarian reasons for entry, such as for medical treatment.

Speaking more broadly, the decision bodes well for a win for the Trump administration on the case’s merits.  As noted in Justice Thomas’s dissent, the decision implicitly concedes that there is a “significant possibility” that the Government will ultimately prevail when the case is decided in the next session.  I continue to believe that the Executive Order violates the anti-discrimination provisions of the Immigration and Nationality Act and I sincerely hope that the final decision validates the rights of immigrants to be free from discrimination based on their religion or nationality.  While we agree our President should have the means to protect us, he was actually sworn to uphold and defend the Constitution. No amount of national origin discrimination should accompany this effort. 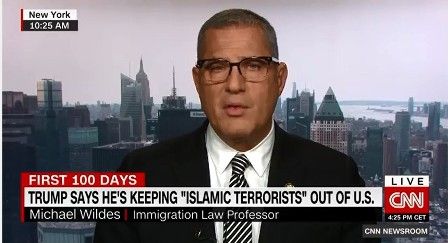