MANAGING PARTNER MICHAEL WILDES, WHO WAS RECENTLY SWORN-IN FOR A THIRD TERM AS MAYOR OF ENGLEWOOD, NJ  IS PROFILED IN INDUSTRY MAGAZINE, REGARDING HIS VISION TO RESTORE ENGLEWOOD, HIS PRACTICE AS AN IMMIGRATION ATTORNEY AND HIS NEWLY AUTHORED BOOK SAFE HAVEN IN AMERICA: BATTLES TO OPEN THE GOLDEN DOOR. JANUARY 2019.

To read the article in its entirety, please click here. 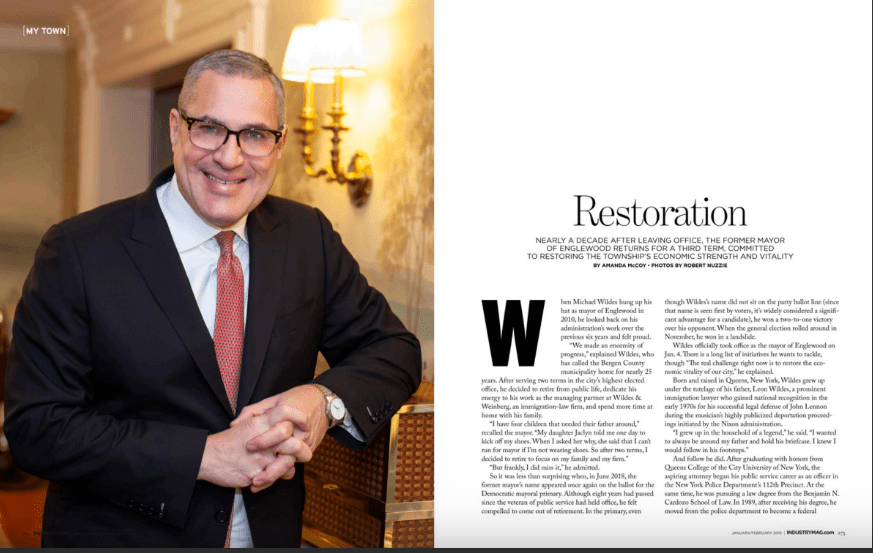