Managing Partner Michael Wildes was recently quoted in an article appearing in The New York Daily News regarding the potential immigration consequences of a domestic violence charge against Jose Reyes.

Baseball player Jose Reyes, formerly of the Mets and currently of the Rookies, is headed to trial in connection with domestic abuse charges. Reyes, was born in the Dominican Republic and according to Michael Wildes, “Domestic violence can see an individual get deported if he or she is not a U.S. citizen…The only way to prevent removal is to be exonerated or have the charges dismissed, or if the government believes it’s a “he said, she said” matter.”

To learn more about Michael Wildes or Wildes & Weinberg, feel free to email him at Michael@wildeslaw.com  to schedule a consultation or for media inquiries. 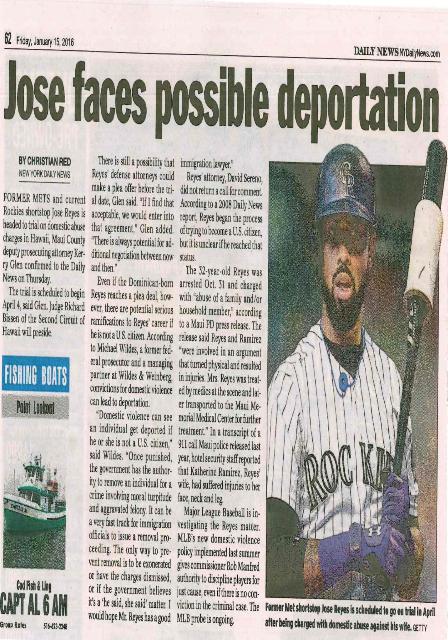