michael wildes quoted in “us weekly”

Wildes & Weinberg, P.C. Managing Partner Michael Wildes discusses with US Weekly the immigration implications of a prison term for Real Housewife of New Jersey Teresa Guidice and her Italian husband, Joe Giudice, who have collectively been charged with mail, wire, and bankruptcy fraud in addition to tax evasion.
According to Michael Wildes, a former federal prosecutor and the Managing Partner of Wildes & Weinberg, P.C., a boutique immigration law firm with offices in New York, New Jersey, and Florida, there is a very real possibility that Joe Giudice “will be handcuffed upon release and brought into the immigration system” after he serves his 41 month prison sentence. Despite the fact that Joe’s wife and 4 children are American citizens, Joe, who is a permanent resident of the U.S, could face the possibility of removal and being deported back to Italy when he finishes his sentence, even though he has lived in the USA for his whole life. 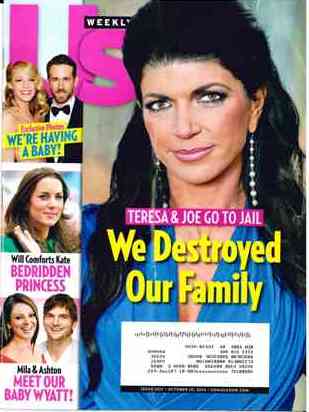 Any non-citizen individual who commits a crime that qualifies as an aggravated felony, and is one involving moral turpitude, faces the potentiality of deportation, with little if any possibility of relief.  According to Michael Wildes, in “Giudice’s case, the amount of the tax fraud alone for which Joe and Teresa have been charged, nearly $1 million is more than enough to reach the threshold of an aggravated felony…and fraud is clearly a crime of moral turpitude.”
For more than 5 decades, Wildes & Weinberg, P.C. has been assisting thousands of individuals who wish to remain permanently on our shores.  The only way to protect oneself from deportation and separation of family, is to apply for naturalization, when permissible.  For further information, please visit our litigation page.
To view the entire text of the article, please click here.