michael wildes quoted in the daily orange on opt

Managing Partner Michael Wildes, was quoted in The Daily Orange on OPT, February 2016.

The Daily Orange, Syracuse University’s independent campus newspaper, interviewed Managing Partner Michael Wildes with regard to Optical Practical Training (OPT),  the period during which F-1 undergraduate and graduate students who have completed or have been pursuing their degrees for more than nine months are permitted by the United States Citizenship and Immigration Services (USCIS) to work for one year towards getting practical training to complement their education.

To view the entire text of the Daily Orange entitled: Why international students, labor union are at odds over student visa program, please follow this link, 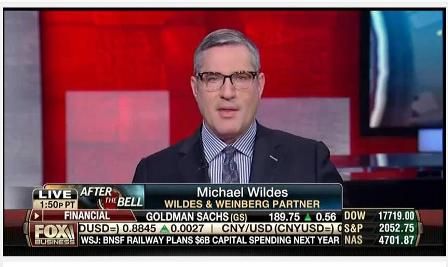 Michael Wildes, a former federal prosecutor and mayor, second generation U.S. immigration lawyer, and Professor of Business Immigration Law at the Benjamin N. Cardozo School of Law, is considered an expert in the field of U.S. Immigration and Nationality Law.  Mr. Wildes has testified on Capitol Hill in connection with anti-terrorism legislation, and is internationally recognized for his successful representation of many defectors who have provided difficult to obtain national security information to the U.S. In addition to rotating his time between his four offices (New York City, New York,  Englewood, New Jersey, Miami, Florida, and Los Angeles, California), Michael Wildes is a regular participant on professional panels as well as a frequent commentator and legal analyst on network television and radio.