For coverage of the story on the PR Newswire, please click here.

“Craig David is an exciting and talented artist and we are thrilled to have helped him obtain his O-1 visa” said Wildes.  “The O-1 visa will allow Craig to work on his upcoming album and remain in the U.S. in valid status for the next three years.”

“I’m excited to return to the United States and be working alongside some of the greatest artists in the world,” said chart-topping singer, David.  “Many thanks to Michael Wildes and his team for making the visa process effortless.”

Born in Southampton, England, the Ivor Novello U.K. Grammy winner has sold over 13 million albums worldwide and plans on working with music composer, Chris Lighty (who has written for Mariah Carey, L.L. Cool J, and 50 Cent), Fraser T. Smith (who has written for Tiao Cruz), and Kwame (who has written for Christina Aguilera and Mary J. Blige) while he is in the U.S.  David will also be performing and recording at various venues across the country. In addition to an impressive musical resume, David was appointed UN Goodwill Ambassador in March 2010 for the Stop TB Partnership, a leadership position which supports the organizations efforts to fight the global spread of tuberculosis.

Though often difficult to obtain, the O-1 visa category is meant for foreign-born individuals of extraordinary ability who have reached the highest pinnacle of their field.  David has been approved for his U.S. visa based on his outstanding musical talents.  One significant advantage of the O-1 visa, initially offered for a period of three years, is that it can be renewed indefinitely on a yearly basis.

“Busy entertainers must remember to meet their legal obligations with regard to U.S. immigration.  In order to avoid postponements and cancellations of tours and other media events, high profile international performers, entertainers, and athletes alike should choose a law firm that specializes in meeting their special immigration needs,” said Wildes. 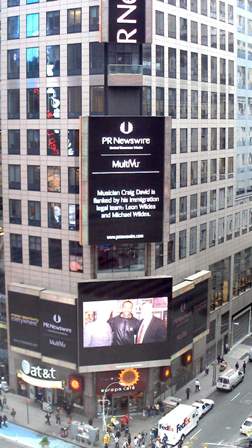 Wildes is a former Federal Prosecutor (1989-1993) and two term Mayor of Englewood, New Jersey (2004-2010). He and his firm have served as immigration counsel to an esteemed roster of renowned clientele in the entertainment industry. Notable clients include former Beatle John Lennon and his artist wife, Yoko Ono, Joe Cocker, Johnny Rotten, Paloma Picasso, the 2010, 2009 and 2008 Miss Universes, supermodel Giselle Bundchen, band members and support staff for Pop artists, and Sarah Brightman, the world’s bestselling female classical vocalist of the twenty-first century, to name a few. 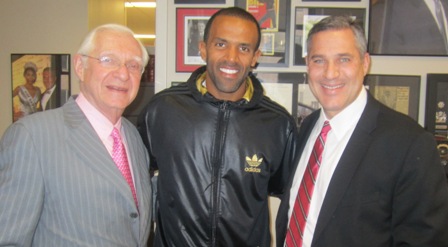 About Wildes & Weinberg P.C.
Founded in 1960, Wildes & Weinberg P.C. is the premier law firm in the United States, concentrating exclusively on the immigration and nationality field.  Today, the firm continues its illustrious tradition with a staff of over 40 individuals in its New York City and New Jersey offices.  The firm is known for its prompt and efficient service.  Despite its steady growth over the past 55 years, the hallmark of the law practice remains the individualized attention to its clients’ needs.