“Shortly after winning the title we begin to plan international travels for the winner,” said a representative from Miss Universe. “Michael Wildes’ firm is professional, caring and a pleasure to work with. They make the process simple.” 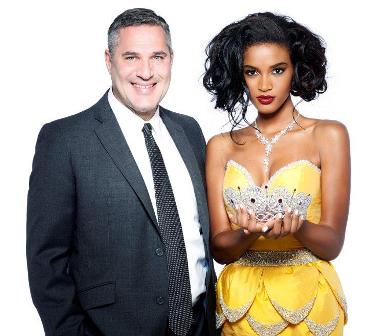 “These young ladies have a lot on their plate and with the title of Miss Universe comes global responsibility,” said Michael Wildes. “It’s a pleasure to make their jobs that much easier. The firm knows their needs and is able to get things done quickly.” 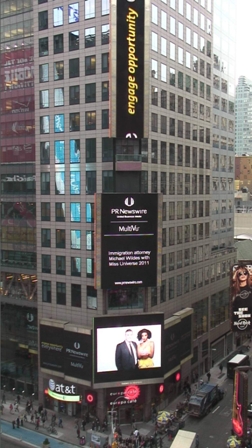 Michael Wildes is the Managing Partner of Wildes & Weinberg, P.C., the premier law firm specializing exclusively in the practice of U.S. immigration and nationality law. With offices in Manhattan and New Jersey, the firm has built a sterling reputation with a specialization in obtaining the highly sought O-1 visa for outstanding individuals across industries such as professional sports, couture fashion and modeling, entertainment, and music. He has served as counsel to esteemed clientele-including Valentino, Bulgari, Ferragamo, Vera Wang, Yoko Ono, Gisele Bundchen, Greg Norman, Sarah Brightman, Virginia Wade, and world-renowned athletes in the NHL and NBA, and the newly revived New York Cosmos etc.-all in their efforts to pursue professional careers in the United States.

Michael Wildes is a former Federal Prosecutor (1989-1993) and Mayor (2004-2010). He has represented the United States Government in immigration proceedings, and now in private practice, has become internationally renowned for successfully representing several defectors who provided hard-to-obtain national security information to the United States. As Mayor, he obtained an injunction to prevent Libyan leader Muammar Qaddafi from residing in New Jersey during the 2009 U.N. Summit.

About Wildes & Weinberg P.C.
Founded in 1960, Wildes & Weinberg P.C. is the premier law firm in the United States concentrating exclusively on the immigration and nationality field.  The firm grew out of the practice of Leon Wildes, Esq., a distinguished immigration practitioner in New York City. Its original clientele consisted of individuals, rather than corporations, who had been placed in deportation or exclusion proceedings or were otherwise in jeopardy.  The practice expanded steadily as word of its outstanding achievements in individual cases spread in the international community (including the firm’s representation of former Beatle John Lennon in deportation proceedings), attracting clients from around the world.  Leon Wildes served as a professor of law at Cardozo Law School for 32 years where he taught U.S. immigration law. The baton was passed to his son and Managing Partner, Michael Wildes who now serves as an adjunct professor of U.S. immigration law at Cardozo Law School. Today the firm continues this illustrious tradition with a staff over 40 attorneys and professionals, all experts in the field of U.S. immigration and nationality law, in its New York City and Englewood, New Jersey offices. The firm concentrates its practice in corporate, family and consular immigration and nationality law. The firm is known for its prompt and efficient service and highly regarded for its litigation and (I-9/LCA) compliance division who have had great success in Immigration and Federal court.   Despite its steady growth over the past 55 years, the hallmark of the law practice is its individualized attention to its clients’ needs.