Wildes & Weinberg Continues to be the Premier Choice for Immigration Needs

Wildes & Weinberg is pleased to announce that Managing Partner Michael Wildes has secured an O-1 visa for Edson Arantes Do Nascimento, better known to millions as soccer icon Pelé, as he joins the New York Cosmos as Honorary President. As an “Alien of Extraordinary Ability,” who was recently hired to come to the United States to help rebuild the world-famous professional soccer team in New York City, Pelé was required to secure an O-1 visa before he was able to begin his employment for the team’s front office.  U.S. immigration regulations require that certain athletes who desire to work or play for a professional sports team for an extended period of time obtain O or P visas. 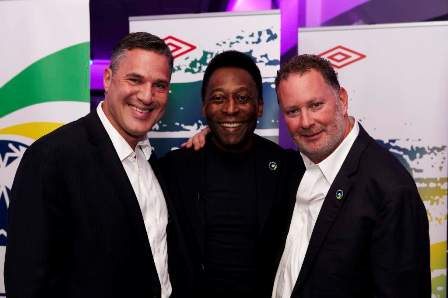 Born in Três Corações, Brazil, Pelé has been approved for his U.S. extraordinary ability visa [based on his sustained international acclaim as a person who has risen to the very top of the field of athletics]. During his magnificent playing career, Pelé led Brazil to three FIFA World Cup championships, scored over 1,200 goals, and helped catapult the sport of soccer and the New York Cosmos to new heights in the United States, where Pelé and the Cosmos drew record crowds and boosted the sport’s popularity.  Often called “The King of Football,” Pelé played for the New York Cosmos until his retirement in 1977. Since retiring as a player he has won several lifetime achievement awards, worked with numerous charities, and served as a United Nations Goodwill Ambassador.

“I am thrilled to have helped Pelé obtain his O-1 visa as he comes to work for the New York Cosmos,” says Michael Wildes, who has travelled the globe with Pelé and team ownership as the Cosmos unveiled their plans to revitalize the legendary soccer team. “Throughout his career he has served both the United States and the world by elevating the sport of soccer.  He truly was an incredible player and a global ambassador of the beautiful game to millions.  I am excited to see what he does next.”

New York Cosmos’ Chairman and CEO Paul Kemsley expressed his gratitude toward Michael Wildes and Wildes & Weinberg for playing this crucial role in obtaining U.S. work authorization for their most significant employee, Pelé: “I am delighted with my representation by Michael and his firm, Wildes & Weinberg.  I wouldn’t entrust any lawyer other than Michael Wildes, nor any other firm, with such an important figure and legal matter.” 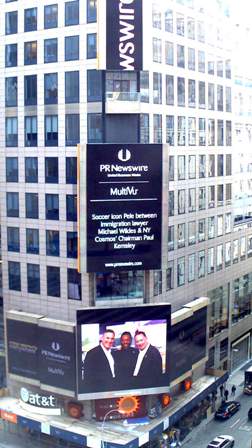 Though often difficult to obtain for many athletes, attainment of an O-1 visa for Pelé represents yet another success for Michael Wildes.  He and his firm have served as immigration counsel to an esteemed roster of renowned clientele in professional sports including Greg Norman, Virginia Wade, Billy Smith, and Al Arbour, all in their efforts to pursue careers in the United States.  Michael Wildes also assisted in securing U.S. citizenship for former professional basketball player Kwame James, who subdued the would-be “shoebomber” Richard Reid on a trans-Atlantic flight.

Michael Wildes, a former Federal Prosecutor (1989-1993), served two terms (2004-2010) as Mayor of Englewood, New Jersey. He has represented the United States government in immigration proceedings, and now in private practice, has become internationally renowned for successfully representing several defectors who provided hard-to-obtain national security information to the United States. As Mayor, he obtained an injunction to prevent Libyan leader Muammar Qaddafi from residing in New Jersey during the 2009 United Nations Summit. 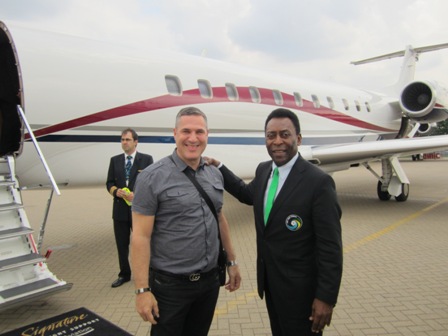 Founded in 1960, Wildes & Weinberg P.C. is the premier law firm in the United States concentrating exclusively on the immigration and nationality field.  The firm grew out of the practice of the father of Michael Wildes, Leon Wildes, Esq., a distinguished immigration practitioner in New York City who represented former Beatle John Lennon in deportation proceedings. Its original clientele consisted of individuals, rather than corporations, who had been placed in deportation or exclusion proceedings or were otherwise in jeopardy.  The practice expanded steadily as word of its outstanding achievements in individual cases spread in the international community attracting clients from around the world.  Today the firm continues this illustrious tradition with a staff over 40 individuals, all experts in the field of U.S. immigration and nationality law, in its New York City and Englewood, New Jersey offices.  The firm is known for its prompt and efficient service.  Despite its steady growth over the past 54 years, the hallmark of the law practice remains the individualized attention to its clients’ needs.