michael wildes sworn in as mayor of englewood, new jersey

Managing Partner Michael Wildes sworn in as Mayor of Englewood, NJ, January 7, 2019.  He previously served as Mayor from 2004 to 2010.  He vows to begin work to ‘Renew Englewood’ immediately upon taking office. 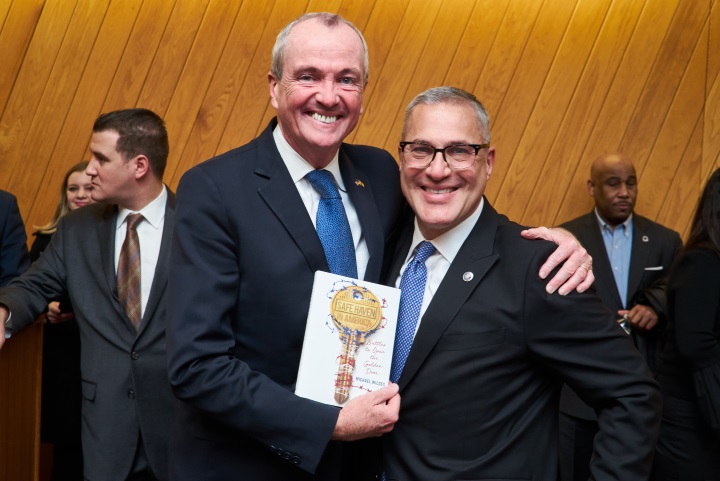 On January 7, 2019, Michael Wildes was sworn in by Governor Phil Murphy as Mayor of Englewood, NJ.  Michael’s remarks focused on his agenda which is designed to Renew Englewood and restore its stature as one of New Jersey’s leading communities. Michael was victorious last year in the June Primary Election where he received 63% of the vote despite not appearing on the official Democratic Party line and in the General Election where he received 84% of the vote against two opponents. He now begins a three year term as Mayor. As with his previous political stint, Michael will continue to remain Managing Partner of Wildes & Weinberg.

“I left public service nine years ago to focus on my family and my business, and those years are a time I will always treasure,” said Mayor Wildes, who previously served as Mayor from 2004-2010 and prior to that for two terms on the City Council. “However, it became clear to me in recent years that our community needed a return to decisive leadership and a vision for our future, and I’m so honored that the residents of this wonderful city have once again put their confidence in me to lead them forward. I have always believed that public service is one of the highest values we can aspire to and I look forward to working with the City Council and all residents to fulfill our promise to Renew Englewood.”

Mayor Wildes has expressed a bold vision for bringing new energy and investment to the city in order to address its financial crisis while limiting the impact on taxpayers. He plans to implement new zoning and land use policies to attract smart development in the city’s downtown to support local businesses and create new tax revenue while protecting existing residential neighborhoods. Mayor Wildes has also committed to working towards the goal of building a Community Center for local children and seniors and addressing neighborhood concerns like flooding, traffic and public safety. He has impaneled a diverse, talented group of residents to serve on existing and newly created community boards and commissions so they can share their talents and passion for public service.

Wildes recently published his first book, Safe Haven in America: Battles to Open the Golden Door, chronicling his career as a leading immigration attorney who has represented numerous celebrities and prominent political and governmental figures.