Leon Wildes, Michael Wildes, the firm’s Managing Partner, and Amy Wildes, Michael’s wife, and an immigration attorney at Wildes & Weinberg, had the privilege of hooding Amy and Michael’s two eldest children. Amy and Michael are proud Cardozo alumni and Michael is an Adjunct Professor of Law, having taken over the Immigration Law class his father taught for 33 years, 9 years ago. This makes 3 generations of lawyers so far! 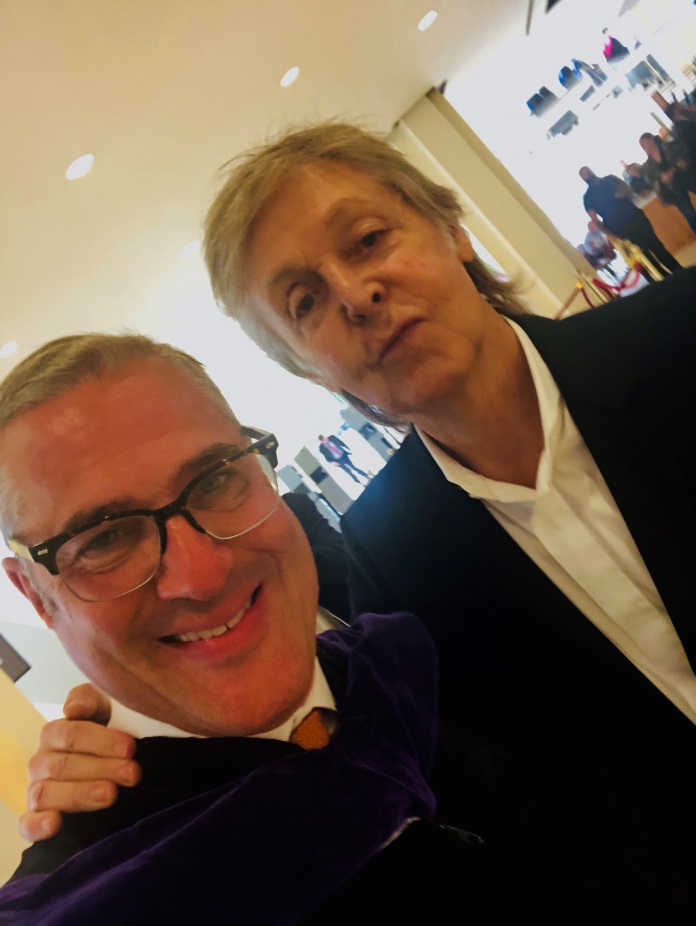 Sir Paul stated that he is  “especially proud to receive the award from Cardozo which for many years has been known for its work  on behalf of peace and justice, helping people who have been wrongfully convicted and assisting immigrants seeking asylum from violence and poverty. When my mate John Lennon wanted to become an American Citizen, he had an immigration fight on his hands with President Nixon.  It was a Cardozo professor that won that fight for him –  Leon Wildes.”

The case (which included bringing four separate Federal lawsuits) not only resulted in John and Yoko getting their green cards and being able to remain in the United States, but it also led to substantial changes in immigration law and brought to light secretive government practices and undue political influence, that has resulted in greater transparency in the U.S. immigration system and which paved the way for DACA, the Deferred Action for Childhood Arrivals immigration policy.

Despite difficulties currently being encountered in dealing with U.S. immigration authorities, Wildes & Weinberg has  maintained an extraordinary track record for success in its cases and the firm’s  multilingual staff is known for its experience and special expertise in processing each foreign national’s matter with nothing less than the highest level of professionalism.