Congratulations to Founding Partner Leon Wildes for being recognized by Super Lawyers as one of eight attorneys with over 60+ years of experience. Both Leon and his son Michael Wildes, who is the firm’s Managing Partner were selected as 2020 ‘Superlawyers’! 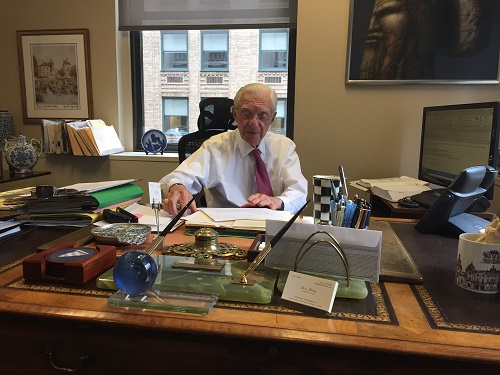 Wildes & Weinberg is a boutique law firm specializing exclusively in the practice of U.S. immigration and nationality law and was founded in 1960 by Senior Partner Leon Wildes, whose best-known accomplishment was his successful representation of John Lennon in his widely publicized deportation proceedings, the circumstances of which have inspired several films, books, and documentaries. In  August 2016, Leon Wildes’ book John Lennon vs. The USA was published by Ankerwycke Books, an imprint of ABA Publishing, a division of the American Bar Association. It can be purchased on Amazon at: http://www.amazon.com/John-Lennon-vs-The-U-S-A/dp/1634254260

In addition to running a highly successful immigration law practice, Michael is also of counsel to Lincoln Center for the Performing Arts and two international/corporate law firms. A former Federal Prosecutor with the United States Attorney’s Office in Brooklyn (1989-1993), Michael has testified on Capitol Hill in connection with anti-terrorism legislation and is a frequent participant on professional panels and commentator on network television and radio with regards to US immigration law, employer sanction work and compliance.

Michael, the author of Safe Haven in America: Battles to Open the Golden Door, is currently serving his third term as  the Mayor of Englewood, New Jersey, was appointed to the District Appeals Board of the Selective Service System for the State of New Jersey, was a member of the New Jersey Governor’s Blue Panel on Immigration, and has been a guest lecturer at many distinguished forums and institutions including Yale University, New York University, Brooklyn Law School, and The Benjamin N. Cardozo School of Law, where Michael is an Adjunct Professor of Business Immigration Law.