On April 1, 1973 Leon Wildes accompanies John Lennon and Yoko Ono at their press announcement whereby they established a conceptual country, Nutopia, to address John’s deportation order through a satirical lens. 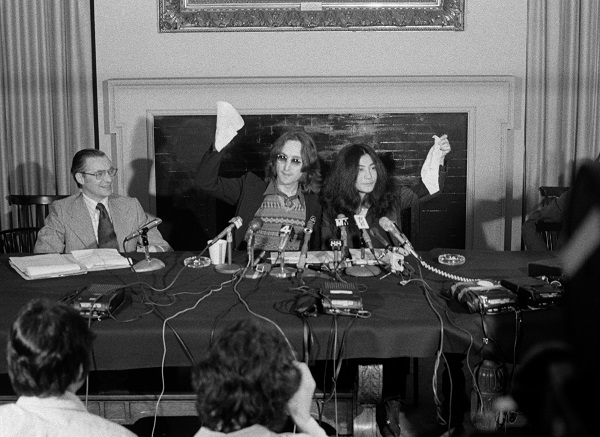