Managing Partner Michael Wildes is pleased to announce that the firm has secured nearly 100 O-1 and O-2 approvals for the ensemble of Jesus Christ Superstar Arena Spectacular, as they make their USA debut.

Michael Wildes with Ben Forster, who will play Jesus.

Jesus Christ Superstar Rock Opera Arena Tour, the Andrew Lloyd Weber musical, has already received high accolades from fans in Australia and the United Kingdom. Starring Benjamin Forster, an internationally renown singer/actor, the musical promises to be just as exhilarating and spectacular when it opens in New York City, Las Vegas and Los Angeles for a 3 month stint this summer. The North American tour is beginning in early June, running through August. The arena spectacular will be at Madison Square Garden in New York on August 5th and 6th.

The O-1 nonimmigrant visa is for the individual who possesses extraordinary ability in the sciences, arts, education, business, or athletics, or who has a demonstrated record of extraordinary achievement in the motion picture or television industry and has been recognized nationally or internationally for those achievements. The or athlete, to assist in a specific event or performance and the O-2 worker must have critical skills and experience with the O-1 that cannot be readily performed by a U.S. worker and which are essential to the successful performance of the O-1.

The firm of Wildes & Weinberg, is a boutique law firm solely dedicated to the practice of U.S. Immigration and Nationality Law. Known as O visa expert lawyers the attainment of these visas for extraordinary musical actor Ben Forster, to perform the starring role as Jesus Christ, along with nearly one hundred O-2 visas for supporting roles, for the show’s cast, crew and band represent yet another success for Wildes & Weinberg, P.C. as the firm has served as immigration counsel to an esteemed roster of renowned clientele who wish to pursue careers in the United States.

Most well-know for representing another Englishman, former Beatle John Lennon and his artist wife Yoko Ono, other notable clients of the firm include Pele as well other professional athletes including Greg Norman, Virginia Wade, Billy Smith, Al Arbour, and Kwame James, the former professional basketball player who subdued the would-be “shoe bomber” Richard Reid on a trans-Atlantic flight. Other notable clients of the firm include Joe Cocker, Johnny Rotten, Paloma Picasso, the 2013, 2011, 2010, 2009 and 2008 Miss Universes, supermodel Giselle Bundchen and Sarah Brightman, the world’s bestselling female classical artist of the twenty-first century.

Despite difficulties currently being encountered in dealing with U.S. immigration authorities, Michael Wildes and his bilingual staff process each foreign national’s case with nothing less than the highest level of professionalism. This enables to firm to maintain an exceptional track record for success in all of its cases. 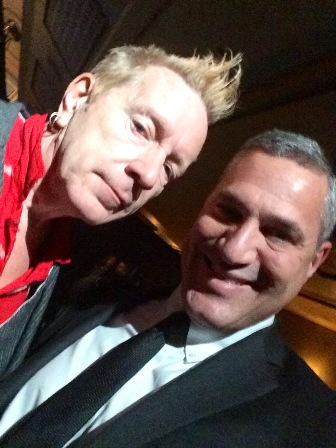