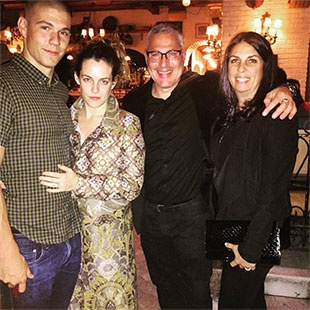 Elvis Presley’s granddaughter, Riley Keough, daughter of Lisa Maria Presley and Danny Keough, first met Ben on the set of Mad Max: Fury Road, a 2014 motion picture, in which she stars and he is a stunt performer. Riley, who is an American actress and model married Ben last year. She hired Michael Wildes, considered by many to be the immigration attorney to the stars, to file Form I-130, Petition for Alien Relative, on behalf of her Aussie husband Ben with the United States Citizenship and Immigration Services. Once approved, Ben will become a Lawful Permanent Resident of the United States.

According to Michael Wildes, “ As a life-long Elvis fan, I am honored to help Riley and Ben on this journey and look forward to the many wonderful and creative opportunities that await them on our shores.”

Founded in 1960, Wildes & Weinberg, P.C., is perhaps best known for Leon Wildes’ successful representation of former Beatle John Lennon and his wife Yoko Ono. Between 1972 and 1976, Leon represented Lennon and Ono in their struggle to remain in the United States, despite the concerted attempts of the Nixon Administration to deport them.