physical inspection of form i-9 documents deferred to july 2023

As a result of the Covid-19 pandemic, remote Inspection of Form I-9 Employment Eligibility Verification has been extended yet again, this time until July 31, 2023. Form I-9 is used to verify the identity and employment authorization of individuals hired to work in the United States. This form must be completed by all U.S. employers and must be done for U.S. citizens as well as noncitizens. 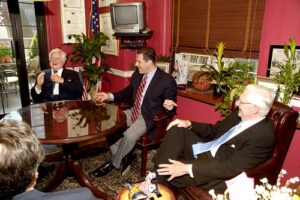 Beginning March 20, 2020 DHS announced that the review of Form I-9 Section 2 documents would be suspended for remote workers. As such, employers are not required to review Section 2 documents in the employee’s physical presence. Inspection is permitted remotely (zoom, fax, email, etc.). Once the workplace reopens, employers are required to physically inspect said documents. As a result of the prolonged pandemic, this flexibility has been extended numerous times and is currently in effect until April 30, 2022.

Although in person Form I-9 inspection of Section 2 documents has been extended again, employers should begin to think about what a return to workplace employment eligibility verification process will mean for Form I-9 compliance.