Michael Wildes serves of counsel to Lincoln Center regarding their U.S. Immigration needs. The 16 acre complex, “the world’s leading performing arts center, is home to the 11 resident arts organizations that represent the highest standards of excellence in symphony, opera, chamber music, theater, dance, film, and arts education”.  As a boutique law firm that specializes in U.S. immigration and nationality law for the past five decades, Michael Wildes and the staff of Wildes & Weinberg continue to service the immigration needs of prominent American and International firms, banks, industrial, financial and manufacturing concerns and law. Moreover, they have a distinguished clientele and have done substantial immigration work for performing artists, directors, writers, models, actors/actresses, athletes, fine artists, art dealers, curators, and literary agents including Joe Cocker, Johnny Rotten, Paloma Picasso, numerous Miss Universes, supermodel Giselle Bundchen and Sarah Brightman, the world’s bestselling female classical artist of the twenty-first century. For many years Michael Wildes has been a member of Lincoln Center’s Counsels’ Council.  As a patron of the arts, Michael Wildes enjoys this role immensely and thanks Lincoln Center for their gracious printed acknowledgment: “Lincoln Center is extremely grateful for the pro bono legal services provided by Wildes & Weinberg”.

Recently, Michael met with Lauren Ezrol Klein who recently began her role as Executive Vice President, General Counsel and Corporate Secretary at Lincoln Center and presented her with his recently released book,  Safe Haven in America: Battles to Open the Golden Door. 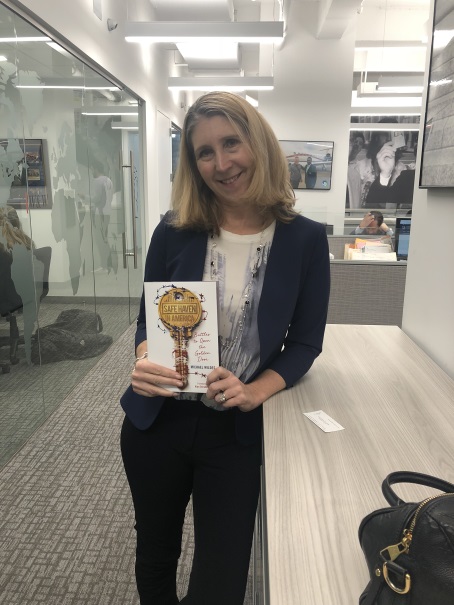