Throughout his six decades of practice, Founding Partner Leon Wildes represented many talented and highly qualified professionals in addition to scores of distinguished individuals and was considered a dean in the field of immigration law. In 1972, Leon Wildes testified on Illegal Aliens before the Committee on The Judiciary House of Representatives. 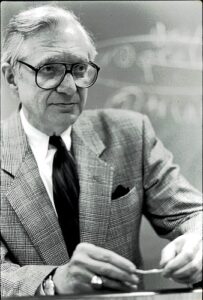 In 1970 he was National President of the American Immigration Lawyers Association (AILA) and has served as a member of its board of governors ever since. AILA conferred upon him its Edith Lowenstein Award for Outstanding Contributions to the Field of Immigration Practice, and he was also awarded the Elmer Fried Prize for Excellence in Teaching Immigration Law. Best known for his successful representation of former Beatle John Lennon and his artist wife Yoko Ono in deportation proceedings, he has published 5 law review articles on issues of law raised in the extraordinary litigation connected with that case. Mr. Wildes’ is also the proud author of John Lennon vs. the USA: The Inside Story of the Most Bitterly Contested and Influential Deportation Case in United States History, which was published by Ankerwycke Books, an imprint of ABA Publishing, a division of the American Bar Association and became available in August 2016.