To view the text of the article “Planning for Success: Immigration Issues for International Sporting Competitions in the United States”, please click here. 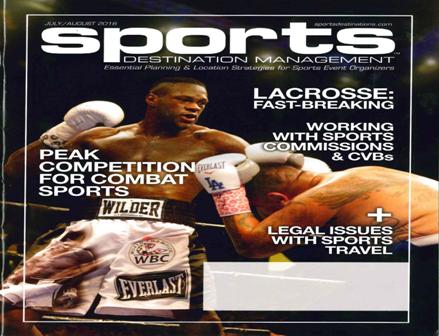 Founded in 1960, Wildes & Weinberg P.C. is the premier law firm in the United States concentrating exclusively on the immigration and nationality field.  The firm grew out of the practice of the father of Michael Wildes, Leon Wildes, Esq., a distinguished immigration practitioner in New York City who represented former Beatle John Lennon and his artist wife Yoko Ono  in deportation proceedings. Its original clientele consisted of individuals, rather than corporations, who had been placed in deportation or exclusion proceedings or were otherwise in jeopardy.  The practice expanded steadily as word of its outstanding achievements in individual cases spread in the international community attracting clients from around the world.  Today the firm services the immigration needs of prominent American and International organizations, banks, industrial, financial and manufacturing concerns as well as other law firms in connection with the personnel needs of their foreign national employees.  In addition, the firm has a distinguished clientele and has done substantial immigration work for performing artists, directors, writers, models, actors/actresses, athletes, fine artists, art dealers, curators, and literary agents. The firm’s multi-lingual staff are all experts in the field of U.S. immigration and nationality law and are spread throughout its four offices in New York City, Englewood, New Jersey,  Miami, Florida, and Los Angeles, CA.

Previously, in April, 2011, Wildes announced that he had secured an O-1 visa for soceer icon Pele, who joined the New York Cosmos as Honorary President. The basis of Pele’s application rested on the fact that he was an “Alien of Extraordinary Ability”.  U.S. immigration regulations require that certain athletes who desire to work or play for a professional sports team for an extended period of time obtain O or P visas.

Though often difficult to secure for many athletes, the attainment of an O-1 visa for Pele represents yet another success for Wildes & Weinberg as the firm has served as immigration counsel to an esteemed roster of renowned clientele in professional sports ranging from Famed Boxers, Horse Jockey’s, NASCAR and INDY 500 Winners. The firm’s famed roster of clients includes Greg Norman, Virginia Wade, Billy Smith, and Al Arbour, all in their efforts to pursue careers in the United States.  Michael Wildes also assisted in securing U.S. citizenship for former professional basketball player Kwame James, who subdued the would-be “shoe bomber” Richard Reid on a trans-Atlantic flight.

Other notable clients of the firm include song-writer Chris Braide, Joe Cocker, Johnny Rotten, Paloma Picasso, several Miss Universe winners, supermodel Giselle Bundchen and Sarah Brightman, the world’s bestselling female classical artist of the twenty-first century. The firm is known for its prompt and efficient service.  Despite its steady growth over the past 56 years, the hallmark of the law practice remains the individualized attention to its clients’ needs.

For more information on Wildes & Weinberg, P.C. or to learn more about the process for living and working in the United States, please visit our Immigration 101 page or contact Michael Wildes at michael@wildeslaw.com.